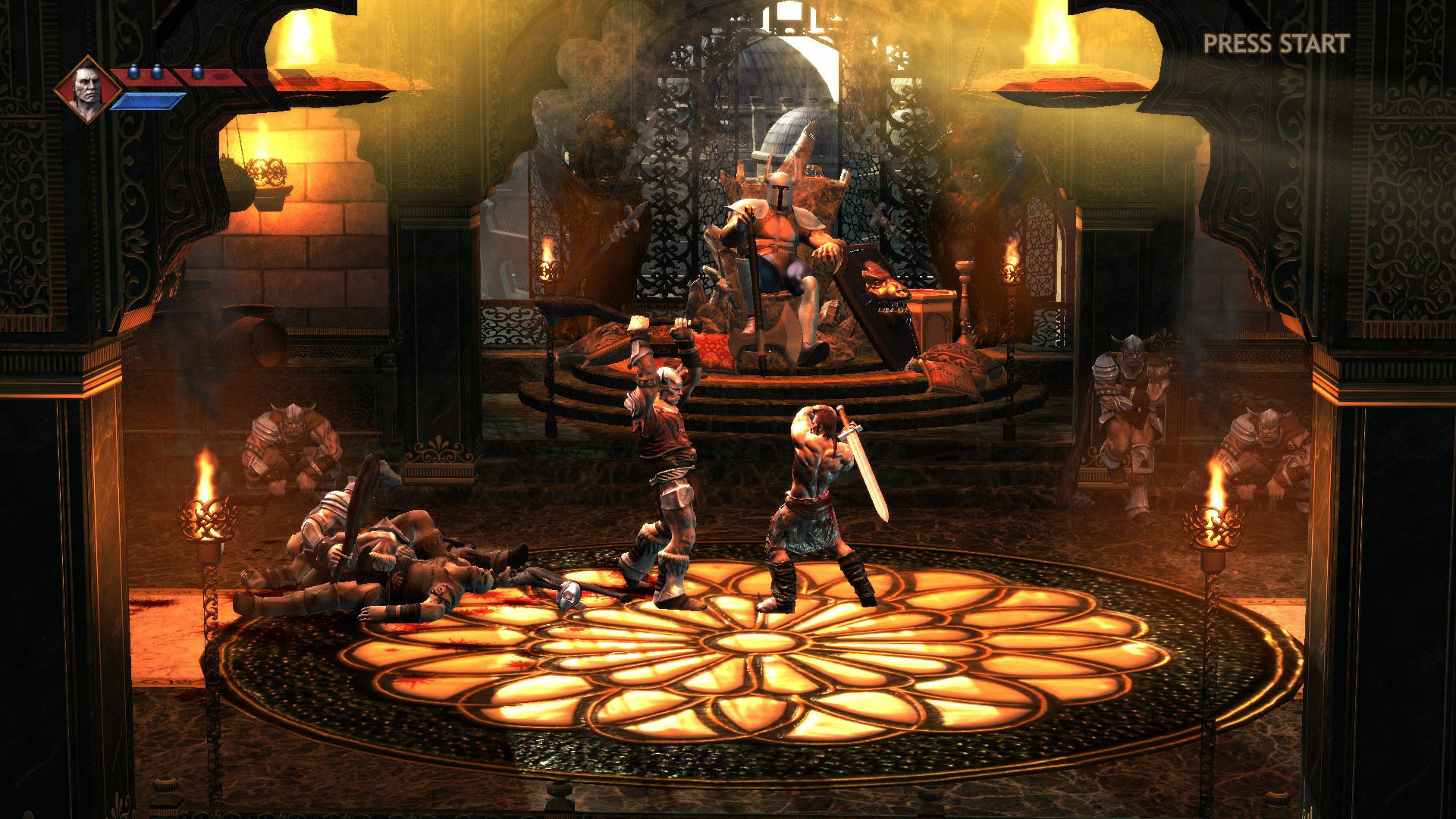 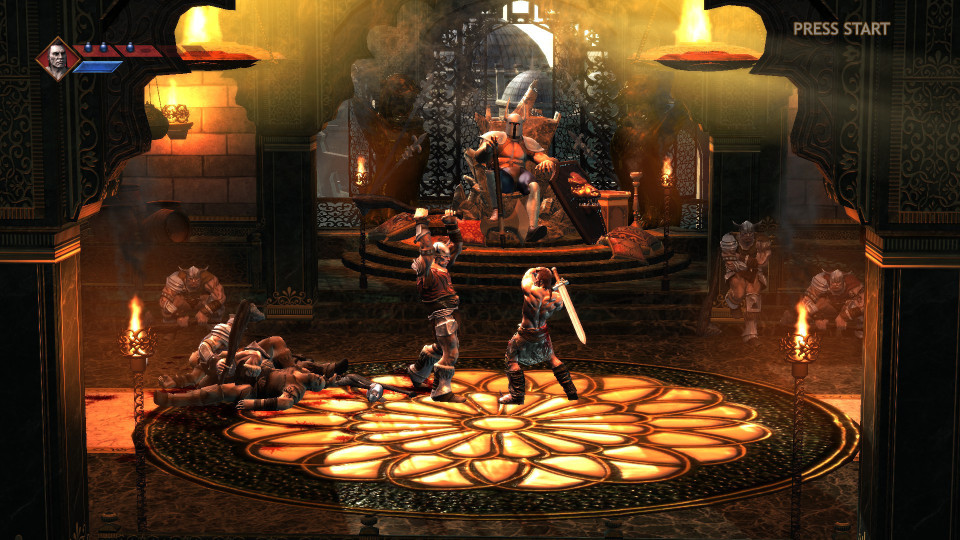 Tim Dawson woke up on Thursday to a surprise.

As part of its 60th anniversary celebration, Sega is releasing Golden Axe: Reborn, a reboot that Dawson, designer Sanatana Mishra and a handful of other developers built for Sega Australia in 2012, one year before the studio shut down. But for the 2020 launch, Sega named the game Golden Axed and billed it as an unpolished, glitch-filled prototype from developers of yore. Its Steam page read, “Golden Axed may be janky, may be buggy, may be an artifact of its time, but it offers a unique glimpse into the prospect of a project that could have been."

“The way it has happened leaves a bad taste in my mouth,” Dawson told Engadget.

On Twitter Thursday, , “This project was my personal nexus of nightmare hours, inept management, industry realisations and heroics achieved with a small team under unreasonable conditions, so it's an odd feeling to see it surface eight years later without context, credits and with a joke title sequence.”

He published a thread of tweets detailing the development process of Golden Axe: Reborn, describing working 7-day weeks, 14-hour days, and dealing with uncooperative, uninformed executives. He was describing crunch, a common industry practice that’s been criticized for fostering unhealthy workplaces, depression and burnout. His tweets went viral and Sega amended the game’s Steam page description to read like less of an attack on the original developers.

"We certainly didn't mean to dredge up painful memories for Mr. Dawson and his former colleagues or appear disrespectful,” Sega said in a statement to Engadget. “We've removed the line from the Steam copy that could have been taken as a slur on the development and would like to reassure everyone that it was intended as a comment on the build we had ported to PC, not the quality of the original work. We're hoping lots of fans play the prototype and can appreciate the work he and his colleagues put into this developing this prototype."

On Steam and in its statement, Sega said it reached out to the original development team before releasing Golden Axed. No one contacted Dawson, Mishra or anyone else that they know worked on the game. It’s possible that Sega ran the idea by former Sega Studio Australia employees at The Eccentric Ape, the developer listed on the Golden Axed Steam page, Dawson said.

“The overtime I put into the Golden Axe prototype wasn't my first crunch experience and sadly not my last,” he said. “It was noteworthy in that we were trying to hit a close and immovable deadline, so it was more about throwing everything at it to try and get it done.”

The Golden Axe prototype could have been a big break for Dawson and the other developers, which is why they agreed to develop such a massive project in just two weeks. They were relatively young, ambitious and eager, and they threw themselves into the game fully.

This is the insidious nature of crunch. It’s not necessarily that large studios are chaining developers to their desks and forcing them to work ridiculous hours for weeks on end -- it’s that this process is the norm. Often, crunch is baked right into the production schedule, and even if it’s not, some level of crunch is expected at AAA studios. For many developers, especially new ones, crunch is viewed as a rite of passage.

“Younger devs in particular are often drawn to it because it feels exciting or impressive,” Dawson said. “On the Golden Axe prototype we had a high target to hit in an unreasonably short timeframe, and I wanted to rise to that challenge. No one told me I couldn't go home, I was just asked to stack a million bricks in a day and agreed to try.”

After a week and a half of crunch, Dawson showed off Golden Axe: Reborn to Sega managers. He was proud of everything his small team had accomplished, including getting combat to work smoothly. Executives nitpicked and unfavorably compared the prototype to other massive games like God of War. According to Dawson, one of them asked, “Where’s the wow factor?”

That was the moment it all slid into place for Dawson. He felt dead inside, working ridiculous hours to complete a project that his bosses didn’t even understand or really care about.

“Worse than the long hours though, was the feeling that I did everything I could for my team and the higher ups didn't have my back,” he said. “That it is possible one of these people has now represented themselves as the 'original team' to Sega is a darkly hilarious repeat of that.”

Dawson, Mishra and the other developers finished the prototype the way they wanted to.

“The finished build was revealed, and the same management team that negged me earlier lined up to tell me how good it was now,” Dawson tweeted.

Dawson and Mishra went on to release a successful indie game, Assault Android Cactus, under their own studio, . However, the experience of building Golden Axe: Reborn nearly derailed this future entirely. After long weeks of development, Dawson began feeling the effects of a repetitive strain injury in his right arm, and he had to deal with that as he worked on Assault Android Cactus.

I felt dead inside

Not just because of a couple of long 7 day work weeks and start of the RSI in my right arm that would go on to jeopardise development of , but because I had no trust left in the people who ran things

Today, Dawson says no level of crunch is healthy, but he recognizes that it’s sometimes a necessary aspect of game development. Timelines shift, pandemics happen, and production schedules can only do so much to keep up with the chaos. But when crunch is systemic, he argues, it’s a real problem.

“Unfortunately, once developers internalize crunch as a valid solution to difficult situations there's a tendency to apply it frequently, or be taken advantage of by unscrupulous management types who use it as a measure of loyalty and to pressure other developers into following suit,” Dawson said. “Like any kind of damage, there's only so much you can spring back from.”

Dawson doesn’t think Sega intended to do anything malicious with its handling of Golden Axed, but the experience has still left him feeling raw. That’s why he took the story to Twitter in the first place. Dawson’s final tweet on the matter closes with, “Go fuck yourself, parasites.”

“I don't normally swear on Twitter but it felt good to let it out,” he said.

If you want to see what Dawson and the team cooked up in just two weeks back in 2012, Golden Axed will be free to download for 24 hours only on Sunday, October 18th.

In this article: indie, golden axe, SEGA, crunch, witch beam, news, gaming
All products recommended by Engadget are selected by our editorial team, independent of our parent company. Some of our stories include affiliate links. If you buy something through one of these links, we may earn an affiliate commission.