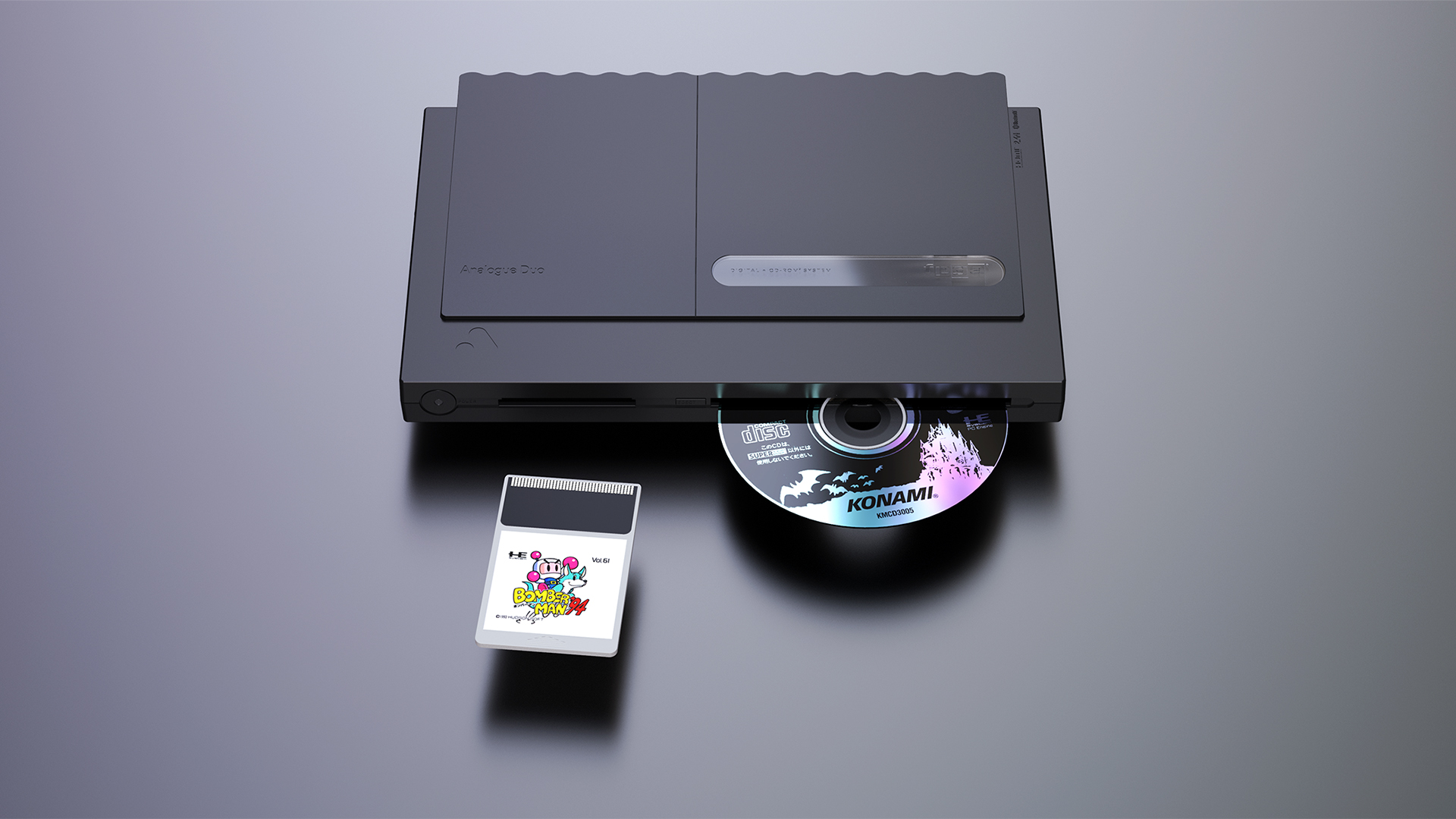 A massive spam attack is ruining public 'Among Us' games 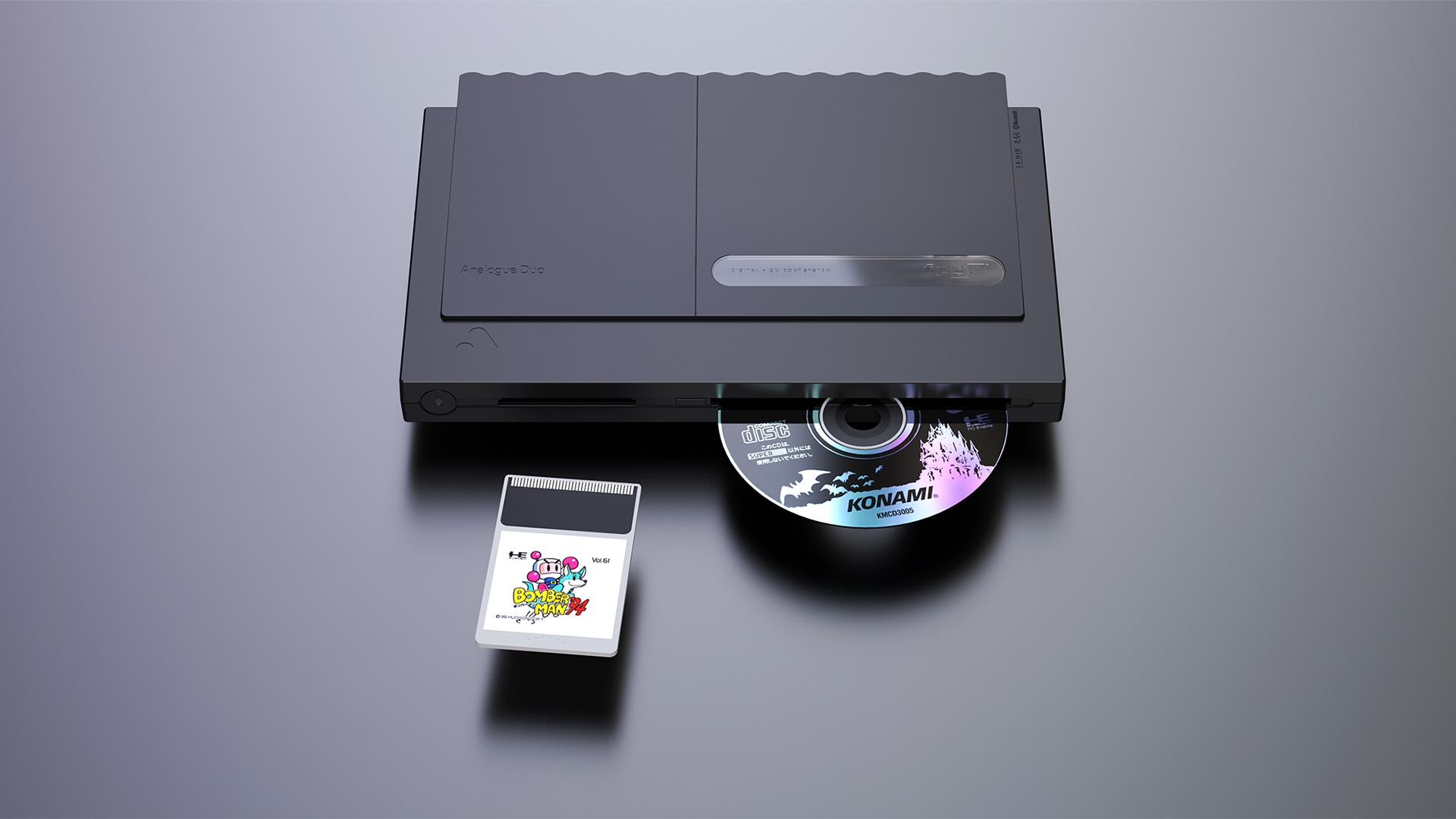 Analogue has slowly been working its way through the '80s and '90s video game vault, recreating classic console after classic console. After starting with various pieces of Neo-Geo hardware, the company then remade the NES (twice), SNES and Genesis. More recently, it's turned to handhelds with the Pocket, an all-in-one system that, with adapters, can play the vast majority of handheld game cartridges. The Pocket has been pushed back to May 2021 due to the pandemic affecting manufacturing, but despite that the company is today announcing its latest console, the . The Duo focuses entirely on NEC's home console hardware, offering compatibility with every TurboGrafx-16/PC Engine game produced.

The TurboGrafx-16, known as PC Engine in Japan, was an NES and later SNES competitor that saw success in Japan, but didn't make a huge impact elsewhere, typically trailing well behind Nintendo and Sega's machines of the era. The upshot of this relative obscurity is that it's a console with a library of hundreds of games that most people haven't played. (Konami recently made a mini version of the original TurboGrafx, but, once again, the pandemic has meant stock is hit-and-miss and in some regions basically non-existent.)

TurboGrafx and PC Engine games originally came on cartridges called HuCards (A.K.A. TurboChips), but a Sega CD-like add-on was produced to support games on disc. The Duo can read any media produced for original TurboGrafx systems, including those that require the Arcade RAM add-on, as well as the few titles that took advantage of the more-powerful hardware in the "SuperGrafx" console, which flopped in Japan and didn't see a US release.

Analogue's take on the TurboGraphx resembles the TurboDuo, which was essentially a TurboGrafx-16 and the TurboGrafx-CD in one. Unlike the TurboDuo, which was all flaps and wobbly bits, the Duo's design is minimal and modern, with two slots at the front and mostly clean lines. A nice design flourish can be found at the rear, though, where ripples have been added that resemble the original TurboDuo's undulating sides.

The port selection is also markedly different. At the side there's an original TurboGraphx-16 controller port and a headphone jack with its own volume dial, while at the back there's HDMI out (at 480p, 720p or 1080p), an SD card slot for firmware updates and two USB ports for wired controllers. If you'd rather be wireless, the system has built-in Bluetooth and 2.4G. There is, however, no pad packed in; Analogue points towards 8BitDo's PCE 2.4G controller, although the majority of Bluetooth, 2.4G and USB controllers should work just fine.

Like all Analogue consoles, the Duo does not rely on software emulation to play older games. Instead, its FPGA chip is programmed to replicate the circuitry of the original hardware, and the console plays original media, rather than ROM files. Analogue's UI is minimal, but does include granular settings for scaling, stretching and re-positioning the output for modern TVs, as well as the option to add scanlines.

The one NEC system the Duo doesn't offer compatibility with is the successor to the TurboGrafx, the PC-FX, which arrived in Japan in 1994 weeks after the original Sony PlayStation and Sega's Saturn. It did not fare well. Analogue has yet to produce a machine that's compatible with a "fifth-generation" console; the nature of FPGA programming means that, the more complex the hardware, the more difficult it is to replicate.

In tandem with the unveiling of the Duo, Analogue has also announced a new adapter for its delayed Pocket handheld console. Also arriving in 2021, the TurboGrafx-16 adapter will offer support for all cartridge-based TurboGrapfx, PC Engine and SuperGrafx games, at a price of $30.

In this article: emulation, retro, analogue, fpga, analogue duo, analogue pocket, console, news, gaming, gear
All products recommended by Engadget are selected by our editorial team, independent of our parent company. Some of our stories include affiliate links. If you buy something through one of these links, we may earn an affiliate commission.

What we bought: Our favorite USB-C chargers